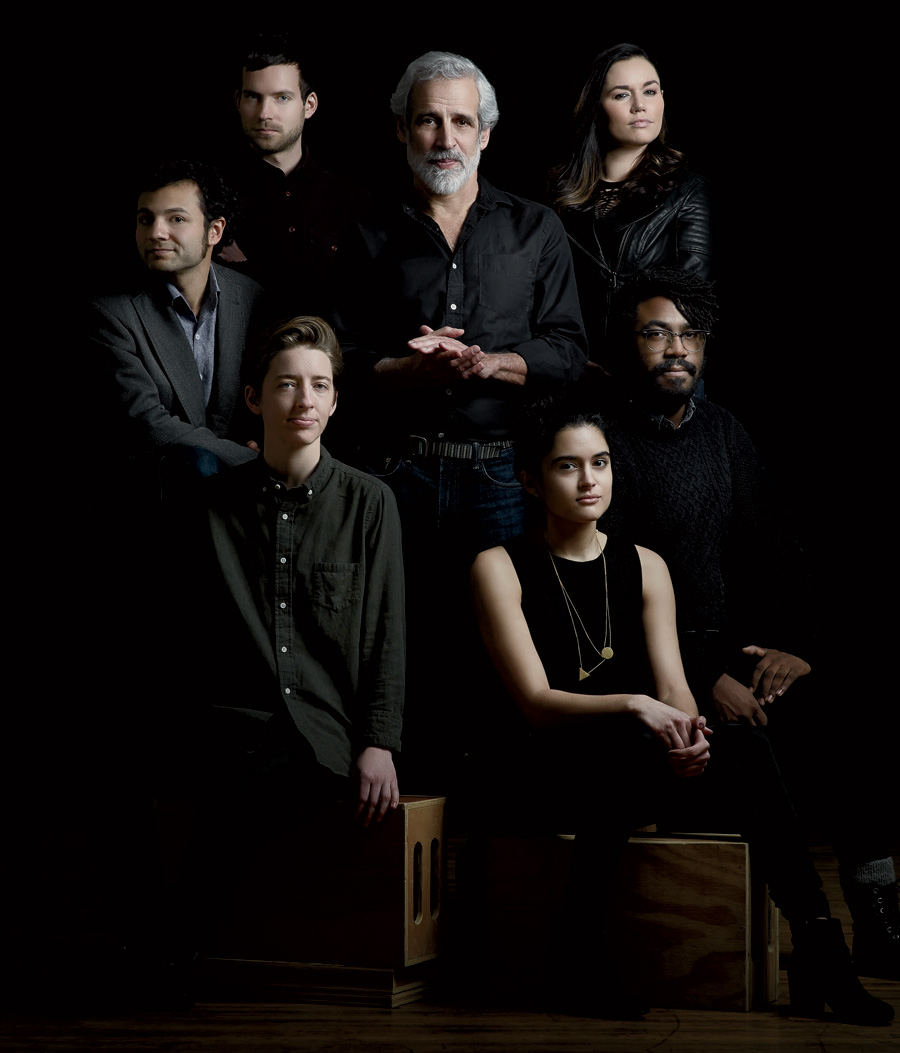 In an era of darkness, Jamie Kalven and his six-person independent news organization, the Invisible Institute, have become Chicago’s light-bearers. Two years ago, Kalven cracked open the Laquan McDonald story by publishing the autopsy of the 17-year-old cop shooting victim in Slate. Since then, an entire police culture—one characterized by impunity, opacity, and abuse—has been shaken to the core. So have the mayor, City Hall, and, to some extent, the whole country. All because of a soft-spoken 67-year-old Kenwood resident who describes himself as “a 19th-century novelist who got conscripted into investigative reporting.”

The Invisible Institute—its name a wink to its former obscurity—is anything but. Last winter, the MacArthur Foundation awarded the nonprofit a $500,000 grant. “This organization is absolutely attuned to the moment,” says MacArthur president Julia Stasch. “[Kalven’s] focus on transparency has made information available for anyone demanding reform.”

Kalven’s investigations into police abuse began 17 years ago as a shoestring experiment in immersive journalism and community organizing. He and his wife, photographer Patricia Evans, teamed up with David Eads, a computer developer, and set up shop in an empty apartment in Stateway Gardens, the former Bronzeville housing project. There, the three looked into abusive police practices at Stateway, publishing their findings on their blog, The View from the Ground. That work helped one tenant, Diane Bond, press her case in a watershed civil rights suit that put the issue of police reform front and center during the second Daley administration.

As the suit was being settled in 2007, Kalven fought to get some of the court documents released. That case, Kalven v. City of Chicago, became a landmark of its own by establishing that police misconduct records are public information. By November 2015, Kalven and his team were able to gather tens of thousands of papers detailing citizen complaints against the police filed between 2001 and 2015. They organized the information into a publicly accessible database, which launched that same month, two weeks before the city released the now-infamous video of the McDonald shooting.

Today the Invisible Institute works out of a spartan office in the South Side neighborhood of Woodlawn. It doesn’t feel like the kind of place where earthshaking stories are broken. There are no TVs broadcasting CNN or copiers spewing out press releases. The frenetic hum of a typical newsroom is missing. In its place is an almost meditative silence: colleagues working together on laptops at a long table drenched in sunlight pouring in through a stretch of oversize windows.

Working at the fringe, however, is precisely what makes Kalven so effective. Last fall, he published a 20,000-word article about the Watts crew, a group of cops that allegedly terrorized public housing residents on the South Side, on the investigate journalism site The Intercept. The Invisible Institute distributed 40,000 copies across the city and petitioned the Circuit Court of Cook County to look into possible wrongful convictions linked to these officers. Now the organization is creating a bureau dedicated to exposing such convictions and publicizing accounts of whistleblowers from within the police department. It has also compiled a significantly larger and more in-depth database of complaints.

It’s not just grant makers and journalists who are taking notice. The Invisible Institute is now working with government officials in New Orleans and other cities interested in copying Kalven’s blossoming model of police action transparency. Not only has Kalven dragged Chicago out of the shadows, he may be turning it into a beacon of light.

Published in the March issue of Chicago magazine.