Kenneth Herrmann meets with Vietnamese representatives in 2010. (Credit: The Batavian)

I was sad to learn that Vietnam War veteran and activist Kenneth Herrmann died recently. Ken was a Social Work professor at SUNY Brockport in New York, but I knew him from his work as the founder of the Da Nang/Quangnam Fund and the Brockport Vietnam program. The program and fund brought university students from the United States to Vietnam for a semester to work with victims of Agent Orange and to learn about Vietnamese culture. Ken believed that by “working alongside our Vietnamese staff in Danang, students act as ambassadors of goodwill, repairing relationships and learning about a nation both villainized and victimized by the American government and media.”

I was able to meet with the fund’s staff and some of the students studying in Vietnam when I was in Da Nang last year. After chatting in their dorm, I went with them to a school for children affected by Agent Orange. The American students spent a couple hours helping the kids with arts and crafts projects and playing with them in the school’s courtyard. The visit ended with a dance party featuring Psy’s 2012 hit “Gangnam Style.” 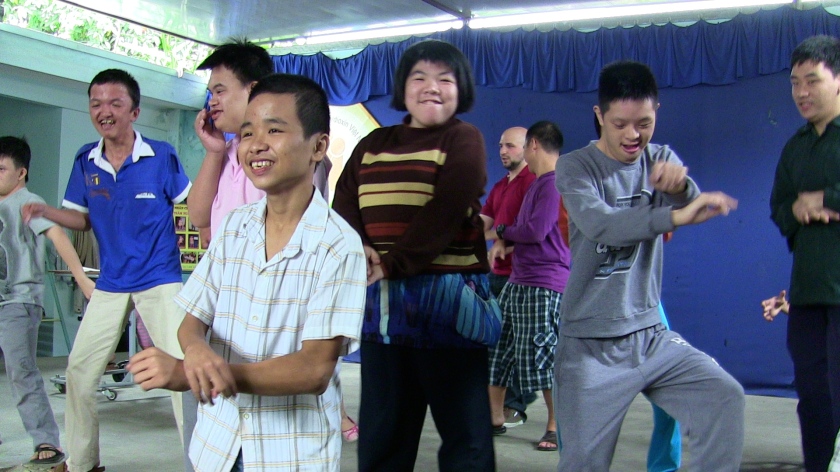 Children at a school for Agent Orange victims dance to Psy’s “Gangnam Style” — something they learned from the American students in the Brockport Vietnam program. (Photo by Nissa Rhee, January 2013)

When I asked American college student Felisa Erway what she knew about Vietnam before she began her study abroad program, she said “not much.” She said that some of her peers at the university warned her not to go, however.

“They said, oh you’re going to get shot,” she recalled. “They’re going to kidnap you. The people are going to see you as the enemy. You know, being suspicious about being an American in Vietnam.” She said that some other university students even told her that Americans had won the war in Vietnam. “A lot of people have false ideas about Vietnam,” she said. 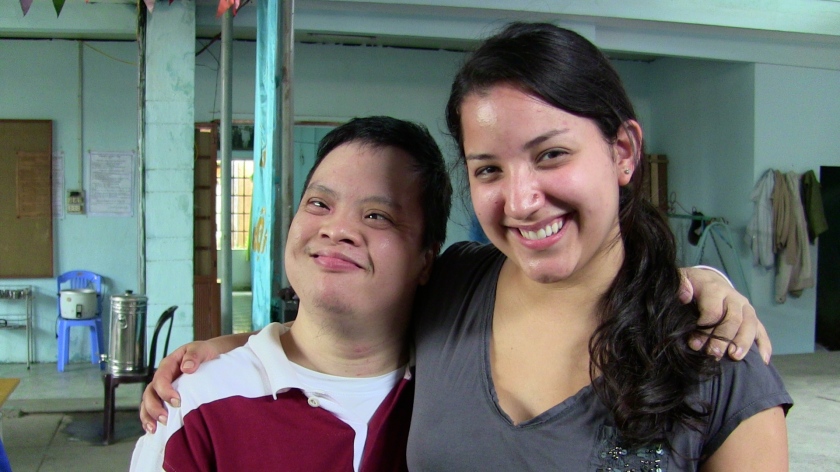 While no one in Felisa’s family served in the Vietnam War, she talked with some veterans her mother knew before coming to Vietnam. She was surprised to learn that some of them actually served in the area she was going to live.

“A couple of my mom’s coworkers did serve in Vietnam and they said they actually were in Da Nang. And they told me it was beautiful. And a lot of veterans that my mom talked to wanted to come back. Or they thought it was really pretty, they wished it was someplace they could see again.”

Felisa said that when she returned to the United States she was going to try to convince some of the veterans and her fellow students to come to Vietnam. She also wants to tell people about the victims of Agent Orange she met in Da Nang and how the war of the 1960s is still affecting people on the ground in Vietnam. 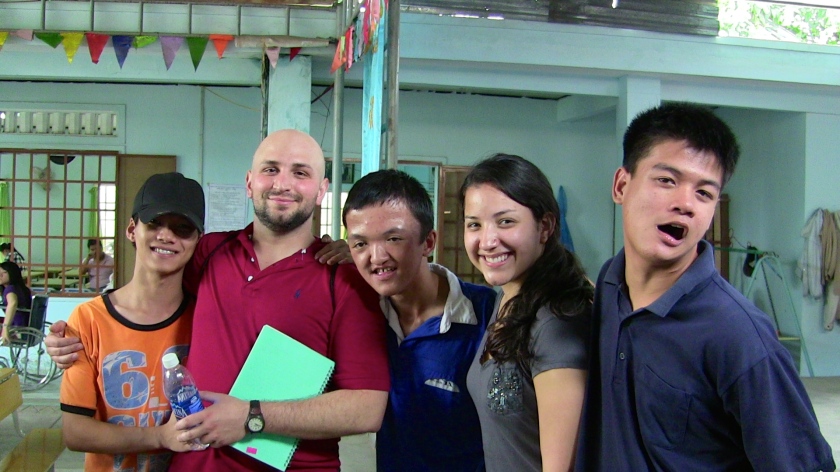 Spreading the word about Agent Orange among young people is one of the fund’s main goals, says the fund’s Vietnamese head Nguyen My Hoa.

“Young americans live in the states and they take everything for granted,” she told me. “When they come here, they see people living in hardship. These are the innocent people. They didn’t do anything to threaten Americans. They didn’t do anything to cause any harm to Americans. But then they have to live the rest of their life with a disability caused by the war. So this is a lesson for the students.”

Hopefully the Da Nang/Quang Nam Fund will survive the loss of Ken Herrmann and continue doing good work in Vietnam. You can learn more about the fund here and read some of the 4,000 letters the fund collected from Vietnamese victims of Agent Orange over the years.

One thought on “Ken Herrmann, veteran activist, dies at 71”