In the latest installment of Reader Letters, I’d like to introduce you to Vietnam War veteran Joe Sciacca.

If you would like to share your story of the war or returning to Vietnam, send me an e-mail at nissarhee {at} gmail.com. 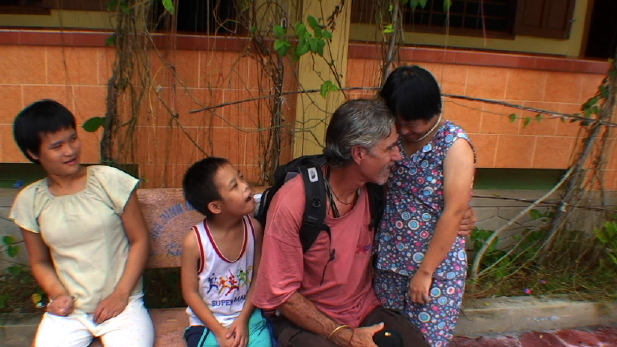 Joe Sciacca is a US Army veteran who served as an orderly in the 8th Field Hospital in Nha Trang, South Vietnam from March 1968 to April 1969. After returning to the United States and pursuing a career as a roofer on Long Island, Joe made his way back to Vietnam in 1998.

Joe contacted me earlier this summer and sent me a documentary about his charity efforts in Vietnam. The short film is called “We Do What We Can” — a fitting title for his work over the last 15 years to help poor and sick families in the Southeast Asian country.

Joe Sciacca in Vietnam during the war. (Photo from Ordinary Joe movie website)

Joe first returned to Vietnam in 1998 as a tourist hoping to visit his old hospital. In the film, he describes how that trip led to his humanitarian work:

“[My friend] and I were down here just on vacation. We were going to take a couple of boat rides, but the weather was bad. We went back to the hotel and waiting for us in the hotel was an old nun. I don’t know how she knew we were there, but she knew we were there and she wanted to us to go visit 500 families in Hue — sick, elderly, poor and lepers. I agreed to go to five and we did. And then I came back the next year by myself and we visited 10 more houses. The year after, because of generous donations from back home, we were able to visit 30 homes.”

He now spends a couple months each year in Vietnam handing out donations he has gathered in the United States. Those who donate can ask Joe to give the money to a particular family or someone struggling with the effects of a certain medical issue, like Agent Orange or leprosy. Joe doesn’t run an official nonprofit or charity for his work; instead, he prefers to facilitate person-to-person giving by carrying money from the US to people in Vietnam. 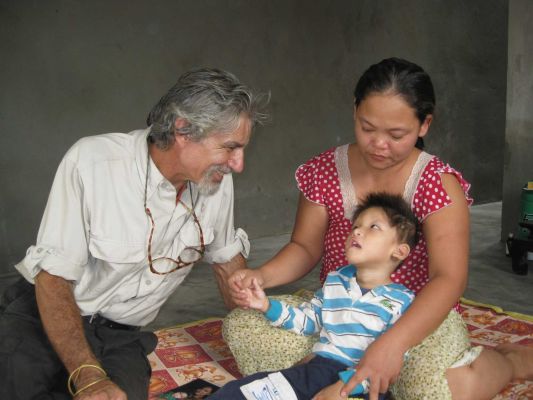 Joe visits a boy in Hue in 2009 who is struggling with the effects of Agent Orange. (Photo from Newsday)

In 2012, Joe told Newsday, “I live in the United States, but I’m alive in Vietnam.” For this reason, Joe says he will continue to travel to Vietnam for as long as he’s able to.

For more on Joe, check out the feature-length documentary “Ordinary Joe.” You can contact him with questions or for more information on donating at ongjon11@yahoo.com.